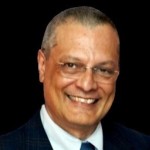 Open letter to the president of the Umbria region and presidents of the regions of Terni and Perugia, this last one’s also mayor also of Assisi city of Peace, or them to offer their mediation in our land of saints, to the purpose of quickly conclude the Peace agreements.

Where there is hatred let me bring love (Saint Francis)

While non stop news and images of war and destruction arrive, of dead and blood from Ukraine, and international diplomacy not being able to obtain a cease fire, as a citizen privileged to reside in this region once inhabited by peace saints Francesco and Chiara, Benedetto e Scolastica, Bernardino, Rita,
Chiara di Montefalco and many others

Following S.Francesco’s directives to bring love where there is hatred with same spirit of Giorgio La Pira, herald of peace in the world of the ideal republic of Firenze,

and invite to ask to whomever shares the content of this page,

that Umbria, the republic of Umbria,

as concrete site, above all sides, to reach an immediate and lasting truce in Ukraine.

A Peace that would stop not only armed conflict but all forms of hatred toward whomever in Ukraine and the rest of the world.

The involved parties to discuss in Assisi, ask S.Francesco’s advice in the holy crypt that keeps his mortal remains, and sign a truce in the Reconciliation Hall as soon as possible, a peace treaty that will last forever.

Praised be my Lord for those who for your love forgive, and endure sickness and tribulation. (Saint Francis Canticle of Sun).

May the wind of Assisi blow strong to chase away all clouds of hatred, of indifference and death to speak instead of love and forgiveness.